The instrumental tracks on “Lab Experiment Vol. 2” capture the fiery interplay from the band’s cranking shows across Australia, Europe and the UK – a trio in full flight scorched straight to analogue tape. Drum heavy “The Jump Off” bursts out of the speakers like a sling shot and is accompanied by a crowd sourced video of B-boys and B-girls from around the globe bringing their moves and representing their city (watch here). On a down tempo detour the gritty and cinematic “Howler” is a mysterious beast waiting in the dark, fuzzy guitar tones and swirling organ drenched in a sea of reverb.

With collaborations galore, the album includes the dance floor filler “Warning“ featuring rising neo-soul singer Kaiit , which anticipated the album as a 45 release, as well as feature vocals from The Meltdown’s resident heartbreaker and vocalist Simon Burke on on “The Garden Of Freedom”. The voice of hit single “This Girl” Miss Kylie Auldist features on “One Of The Ones” and Chicago born, Melbourne-based king of suits Fallon Williams lends his gritty vocals to the outfit’s latest single “Force of Nature”.

Since their inception in 1997, Cookin’ On 3 Burners have had substantial success worldwide building them an avid following of fans near and far. With live performances alongside such notable acts as Quantic, Alice Russell, Sharon Jones & the Dap Kings, Fat Freddie’s Drop and more. In 2016 they collaborated with French dance producer Kungs with a remix of “This Girl” that became the European song of the summer for that year and the most Shazamed dance track in the world, hitting number #1 in 10 countries and the top #10 in over 35 countries.

“Lab Experiments vol.2” out on LP/CD/Digi on Oct 26th via Soul Messin’ 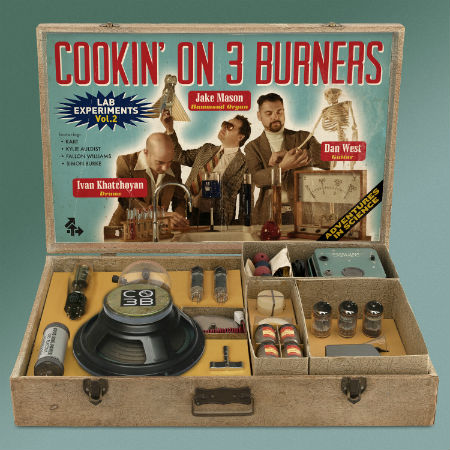