We’re getting closer! The second to last single to be lifted from Golden Rules’ upcoming compilation The Originals 2 is called “Brothers and Sisters of the World, Unite!” and is a funky soul workout with a message by Bay Area artists Chris Lujan & Electric Butter feat. Andre Cruz & Reality Jonez.

Chris Lujan is a producer/recording engineer/songwriter from San Francisco who has recorded and performed with multiple bands throughout his career, most notably The M-Tet. In 2011 he started his own label called Black Diamond / Lugnut Brand Records and his most recent endeavour is as bandleader of Chris Lujan & Electric Butter.

This brand new band just dropped their debut LP The Real Thing and immediately garnered rotation on some of the big playlists and stations of the states. Currently one of the secret hot tips in the soul scene worldwide, Los Angeles singers Andre Cruz and Reality Jonez beautifully drop a message that is very much needed these days.

“Brothers & Sisters” out digitally on August 26th 2022 via Golden Rules 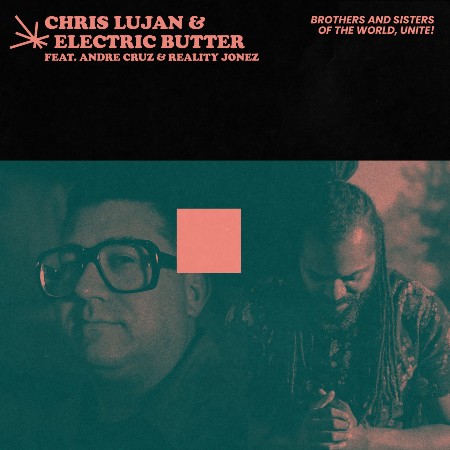