Acclaimed indigenous vocalist Emma Donovan and Melbourne rhythm combo The PutBacks come together to bring you “Dawn”, an LP of hard hitting and heartfelt soul songs telling stories of grief, struggle and redemption. “Dawn” is a gritty, uniquely Australian record, simultaneously classic and contemporary. The songwriting is in turns optimistic, angry and melancholic, and on occasions bruisingly honest. The music is fluid, live and raw, recorded in one room on eight channels of analog tape and the electric connection between Emma Donovan & The PutBacks comes through in every beat.

“Dawn” takes some cues from the burgeoning soul revival, but it’s a far looser interpretation than many releases in the style. This is no attempt at reviving a bygone era. There’s no horn section. There’s more rock in there. There’s more country in there. There’s more, in Emma’s words, “blackfella music” in there. The songwriting is more akin to classic Aboriginal bands like Coloured Stone than it is to Sharon Jones. The sentiment is personal, for both Emma and the band, and forward looking, rather than revivalist. Shades of every soul record you ever liked sneak through: Al Green’s Hi Records era? Check. Aretha’s Classic Atlantic recordings? Check. Stacks of Stax? Check. It’s all there, but all different. “Dawn” is it’s own thing, indigenous Australian soul. From the ferocious opening salvo of “Black Woman” to the sweet and gentle comedown of “Over Under Away”, this full-length is above all a journey through Emma’s life written in song.

Emma grew up singing church songs with her maternal grandparents on the North coast of New South Wales. Her first secular gigs were singing in The Donovans, a band comprised of her mother and five uncles. With her mother, Emma sang country for years, and in her youth was a fixture at the Tamworth Country Music Festival, but she always yearned for the bluesier tones of her Father’s record collection, full of American artists like Laverne Baker and Etta James and Indigenous Australian artists like No Fixed Address and Archie Roach.

Years later, after touring and recording with many of the mainstays of Indigenous music and developing as a solo artist in her own right, Emma met members of The PutBacks, and finally she found a band with the gritty blues soaked tones she had been looking for. She also found, in PutBacks bassist Mick Meagher, a co-writer and collaborator on the the soul songs she had been waiting a lifetime to write and sing. The results are well worth the wait and hopefully, only mark the beginning of this oh-so-right collaboration.

Out on HopeStreet Recordings via CD/LP/Digital on November 10th 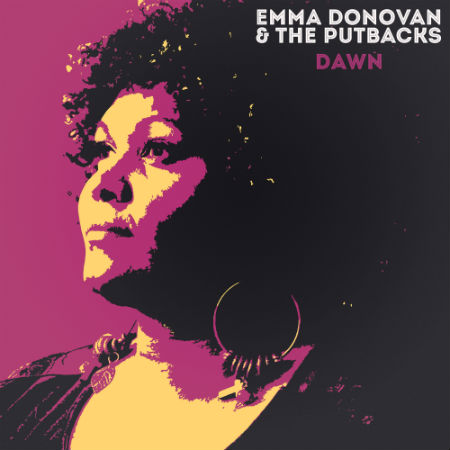