The Meltdown, Melbourne’s purveyors of the finest country soul, are delighted to announce the release of their self-titled debut album on April 7th, 2017 through HopeStreet Recordings. Blending country, gospel and 60s soul, the result is a unique take on Australian soul music and a record that is full of life, energy and deeply-felt storytelling.

With influences ranging from Father John Misty, Tedeschi Trucks Band and Alabama Shakes built above a steady foundation of southern soul music, this collection of stellar players have created a mesh of Stax and Motown with a healthy dose of the Nashville songwriting tradition. Making the song the focus, The Meltdown stay true to the common goal of the story and keep your attention on the honey soaked tones of Simon Burke‘s incredible voice.

After the success of the first two singles, “Colours In The Sky” and “Don’t Hesitate” the debut album is now highly anticipated. Since the release of the 2015 EP, “Better Days”, the band have been honing their songs and sound on the Australian festival circuit, with appearances at Queenscliff Music Festival, Mullum Music festival, Caloundra Music Festival, AWMEand Summer of Soul. They have clocked hundreds of thousands of streaming hits worldwide and are featured in the soundtrack of US cable show Rosewood. Recorded at Hope Street Studios, the album will be released digitally as well as on CD and vinyl LP and celebrated with an East Coast Tour in May 2017. 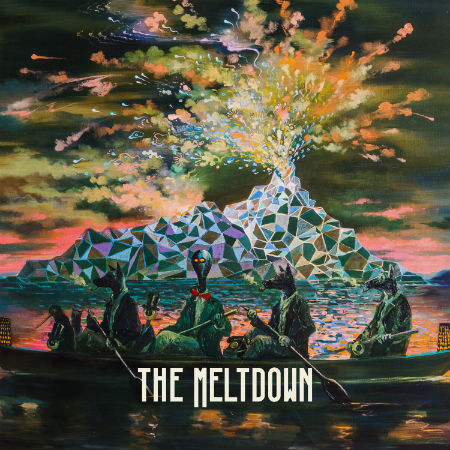