Mention the name Alan Evans to a room full of music lovers, and you will get a consensus nod at one of the most celebrated and tenacious drummers, songwriters and producers in the jazz, funk, and soul scene. It was high time his solo debut got a proper digital release, with new cover artwork and 3 never before heard bonus live tracks.

The album has a distinctive groove-driven 70s funk vibe, mostly instrumental with a few vocal-led tracks, and is full of catchy hooks and outstanding musicianship. Evans wrote the album, plays drums, synths and sings. He enlisted an all-star line-up of music friends to play on the album. Some of the very best of the modern funk/soul scene including:

Tracks include the feel good funk of “Do It Again”, an infectious tune with tight syncopated rhythms, while “Hot n Greezy”, is a dance floor funk number with snappy, bebop funk sax. Titletrack “Let It Ride” features a relaxed, evocative funk groove with 70s style analog synth, incredibly catchy! “Welcome To The World” takes things in another direction with a slinky soul jazz lounge vibe. “What the People Say” is a tough, heavy funk tune featuring chant style vocals. “Low Down Low” is a very groovy jazz funk track. All tracks feature tight in the pocket grooves and incredible musicianship. 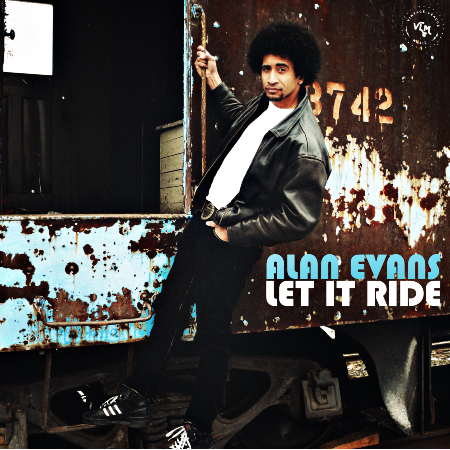