“Humans” is the new album from sought after international touring band the London Afrobeat Collective. LAC are powered by a promise to continue what Afrobeat father Fela Kuti began. From Europe to Africa, Glastonbury to Nigeria’s annual ‘Felabration’ festival, they deliver party music born of their truly global DNA. The nine-strong collective from England, Congo, Italy, France, Argentina and New Zealand combine diverse influences such as Fela, Parliament Funkadelic and Frank Zappa to create an eclectic sound drawing on funk, jazz, rock, and dub to create something addictive and unique.

London Afrobeat Collective carry clear and powerful messages through their music, holding the torch for the original Afrobeat musicians and continuing their mission to fight for political and social change. The first single on Humans entitled “Power To The Women” demonstrates this perfectly and sets the high standard of what’s to come.

In 2015 the London Afrobeat Collective toured Nigeria, appearing several times on national TV and performing in front of ten thousand people at the New Afrika Shrine during ‘Felebration’ – the annual festival to celebrate the legacy of Fela Kuti. During their time in Nigeria, London Afrobeat Collective received a rapturous response from the originators of the music that they love. They are no less respected in their home town, having collaborated with the likes of Dele Sosimi and supporting legends such as Ebo Taylor, Fred Wesley And The New JB’s, Tony Allen, and Fela’s son, Femi Kuti.

LAC are now globally recognized for what they really are: not a tribute, but an ever evolving, international band of expert musicians, continuously inspiring each other as they create distinct, sincere and powerful music. “Humans” is an accomplished work with international flair and cultural relevance from London to Lagos.

“Humans” out on CD/LP/Digital on Oct. 25th via London Afrobeat Productions 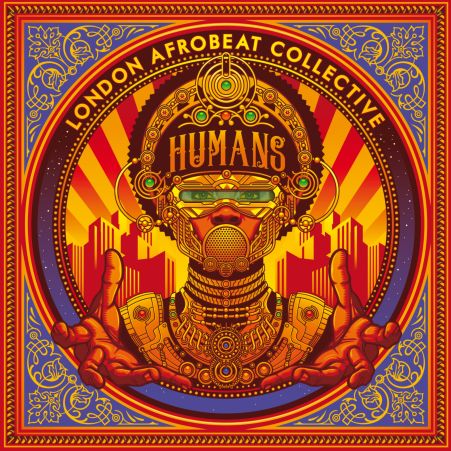