“I love this kind of band who is cooking the hard way! Sure, one of the Soul Jazz bands we can count on in the future!”

Beat Bronco Organ Trio is a Spanish soul-jazz organ trio with an oldschool style, vintage grooves and soulful sounds. The trio was formed in the summer of 2018 by three heavyweights of Madrid’s funk/soul scene and after a handful of successful shows they laid down some original tunes at Funkameba Studios, headquarters of well known deep funk band The Sweet Vandals.

Soon after this, Swiss record label Rocafort Records, who specializes in soul, funk and dancefloor grooves, offered to put two songs on a 45rpm as an advance of a future LP. Beat Bronco’s debut 7 inch  “Easy Baby” / “Geriatric Dance” was released in April 2019 and was received enthusiastically in the European, US and Japanese funk and soul community.

The warm reception of Beat Bronco‘s first 45 confirmed that this little Spanish outfit had hit on something quite special, and their debut album “Road Trip“ was released on LP and Digital via Rocafort in February 2020, going on to win over fans and critics alike, including Blues & Soul (UK), Flea Market Funk (US), Soultrain (DE), Rockerilla mag (IT) just to name a few.

Gabri Casanova: Hammond Organ.
– One of the most talented musicians on this instrument. His soulful sound can be heard on many different projects such as The Sweet Vandals, Vinila Von Vismark, Blue Mode, etc. Gabri is currently recording and touring with the fantastic soul band Anaut. He backed soul artists such as PP Arnold or Ann Sexton.

Lucas De Mulder: Guitar.
– His extensive musical heritage gives him a bluesy sound in the best tradition of the great soul-jazz guitarists: Grant Green or Boogaloo Joe Jones. Lucas is a former member of the unique funk and R’n’B band Mighty Vamp. He is recording his new tunes for Color Red in Denver, CO, owned by The New Mastersounds’ Eddie Roberts. 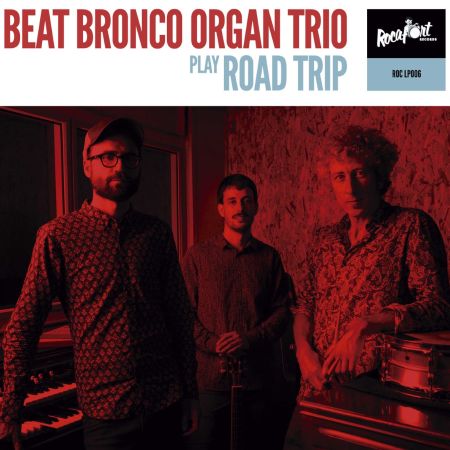