“[One of] the best albums to come out of Spain this year!”

Outer Space is a 7-piece formation from Barcelona, Spain that blends afrobeat, ethio-jazz, funk & soul to create hypnotic melodies and grooves, taking listeners on an experimental journey they like to define as afro-soul.

The 7 musicians of Outer Space are heavily inspired by Ethio Jazz, the genre founded in the 60s by renowned musician Mulatu Astatke. The characteristic melodies of the Ethiopian tradition transport us to the furthermost Eastern region of Africa, which the band draw on while also incorporating elements of music from the Afro-American tradition.

In 2015 Outer Space recorded their debut album Chase Across Orion released on Tucxone Records. The Madrid-based record label specialized in black music immediately fell in love with Outer Space and decided not only to add the band to their roster, but also to provide them with an analog studio where the album was recorded. After some intergalactic tours that saw them perform in many of Spain’s premiere venues, such as Marula Cafè in Madrid, Outer Space launched their second, self-released album Into The Unknow in 2018.

Now it’s 2021 and it’s time for new music. Outer Space are at the helm of an unpredictable adventure, where the audience is taken on a trip to the beat of the band’s cosmic mantra. As if it were a soundtrack, the listener is immersed in astronomical catharsis. Let yourself be seduced by the mystery of the unknown. As Joseph Conrad said, “… it seems to lead directly to the heart of the immense darkness”. 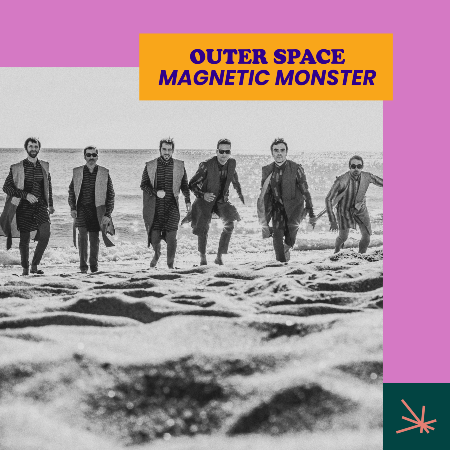