Laura LLorens is a Franco-American singer-songwriter and vocal coach who makes homemade soul music with an indie folk sensibility, originally from the US but living in Paris for the past 18 years.

Laura grew up on the shores of Lake Michigan in the United States. Her childhood was bathed in nature but also in musical education, which she pursued until university. A first trip to France as an au pair made her want to spend more time in the country, and in 2002 she landed there permanently and began her career as a singer-songwriter.

Laura has always been a lover of folk music and slowly she made her way through the folk and indie-folk scene in Paris, paying her dues and gaining valuable experience. The underground scene was her biggest school and she spent hours practicing every day to fine-tune her craft and hone her skills.

In 2012 she took part of The Voice of France and since then she has released 3 solo albums under her name and started working on a fourth, focused on the the meaning of home. In September 2018 Laura met Ludovic Bars, the artistic director of the only French Soul Label Q-Sounds Recording and exchanged with him the idea of making a real soul record.

From that meeting Laura Llorens & The Shadows of Love was born, making authentic soul music as their main genre. With a new band, a collaboration with both French label Q-Sounds Recordings and German label Golden Rules, and new music on the way, there’s no telling what’s next for this exciting artist! 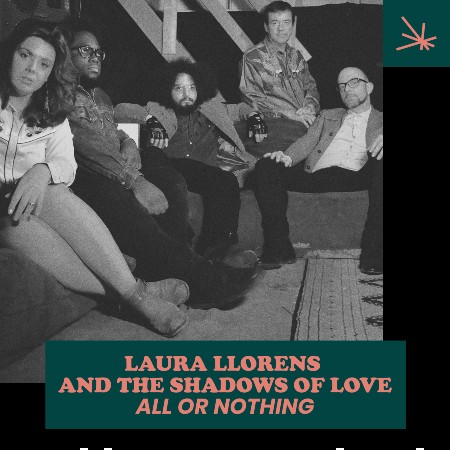