Worcester-based funk locomotive Cantaloop have been active producing vibrant hiphop-infused funk and soul since 2001, and with 3 albums under their belt, a tour alongside The Fun Lovin’ Criminals and having shared stages with the likes of De La Soul, Trevor Nelson, Roy Ayers, Dwele and The Blockheads, this band is now ready to take the next step in their musical journey.

To do so Cantaloop have secured a number of new alliances for their most commercial single to date: new track “Slip It Back”. The group teamed up with producer Derek Garten and multiple Grammy award-winner Joe Palmaccio (who have worked with everyone from James Brown to Taylor Swift), to mix and master the single. Throw in The Haggis Horns for added oomph and you know something special is happening.

“Slip It Back” is Cantaloop’s tour de force! Maybe not their swan song, but hell baby it’s sweet. And yes The Haggis Horns add fuel to the fire over this number with Atholl blazing up his flute and bringing some nu funk inferno to the climax of the song. The track is a heady mixture of something old and something new, spinning lyrics about arriving at the crossroads that ultimately define us, wondering “what if?” and “would I do it all again?”.

Whether it’s Dannie Dee’s upfront soul vocal or two brothers weaving their unique harmonies into a middle eight you know it’s got soul. 1ooc puts the seal on this melodically infused joint giving “Slip It Back” its trademark Cantaloop funk chorus. Add a few remixes thrown in for good measure, by Sam Redmore, Rhythmic Groove and Tek Gremlin, and you’ve got yourself a winner! So if you didn’t know the name Cantaloop until now, it’s time to make up for it! 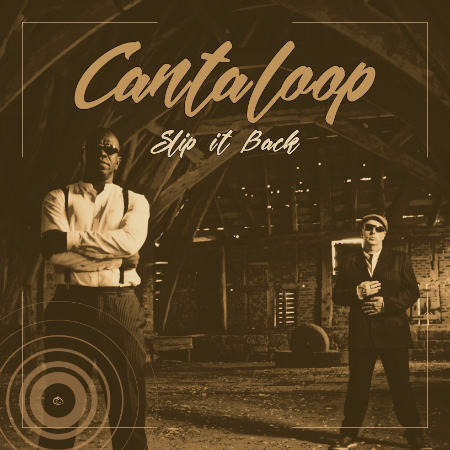